Time runs much faster at the seaside, so far we’ve already finished the seaside part of the trip, and it’s time to visit friends in the capital city Zagreb. On the way to Zagreb, we decided to drop by another city Rijeka for a short visit during the transfer.

There are only two ferries going from Mali Lošinj to Rijeka every day, one departs at 6 am and another one at 12 pm. Considering that we will need to continue the travel with a 4 hours bus to Zagreb, we decided to take the ferry departing at 6 am. 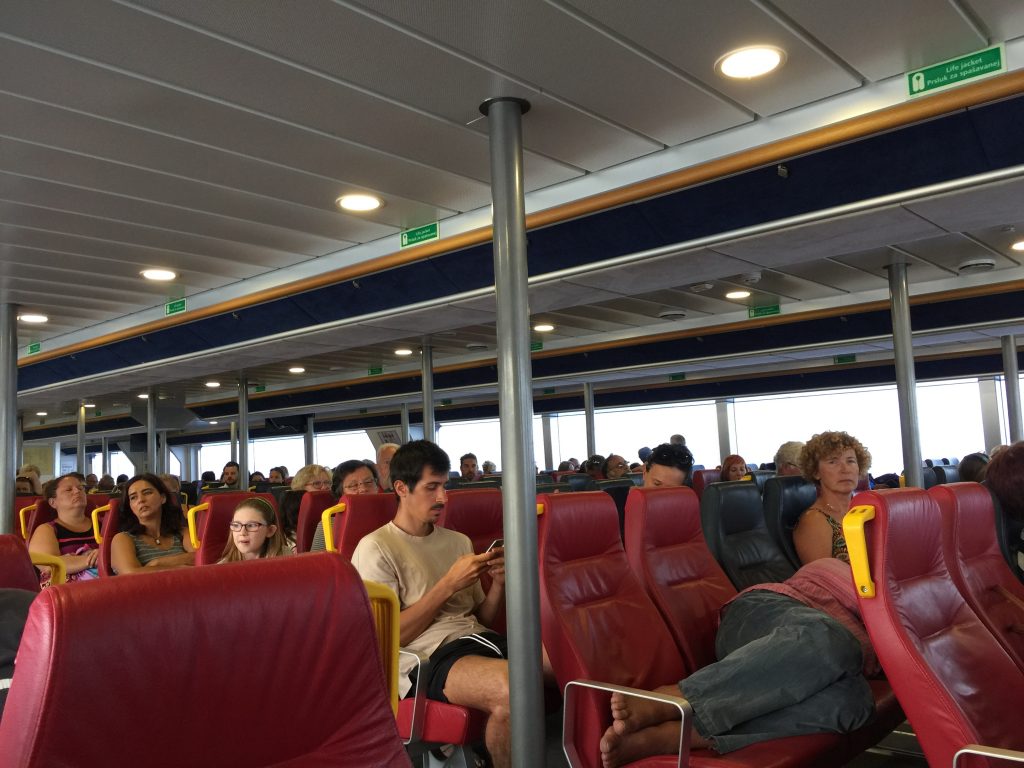 The ferry is smaller than the other company but more spacious. It’s possible to charge the phone on the sockets in the ferry, though there are only a few of them. 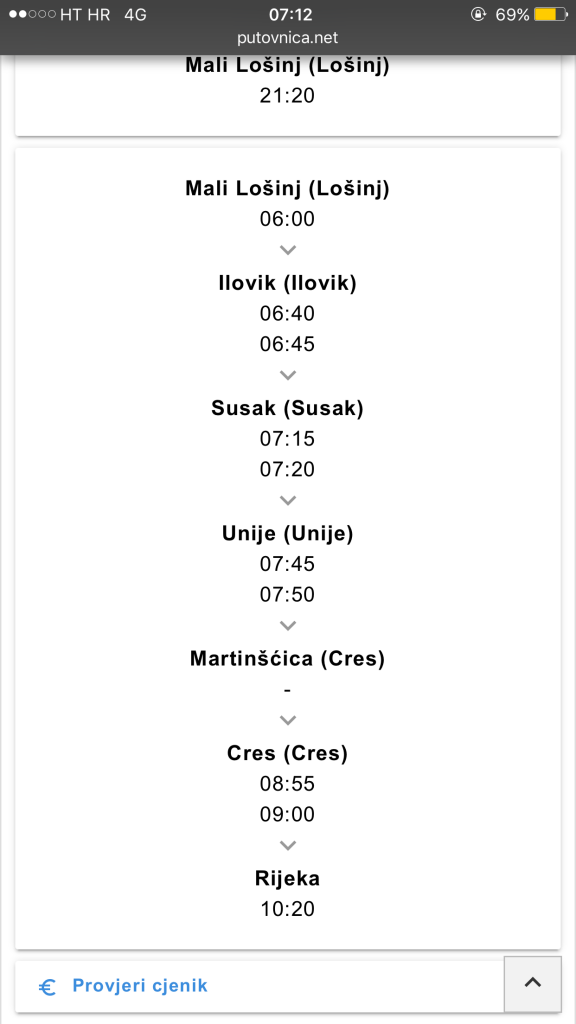 The routes can be found on the official website.

Routes of the ferry can be found here

An alternative way going to Rijeka is by a direct bus which takes the same time. The price is 150 HRK, while the ferry costs only 60 HRK. It’s also possible to take a bus directly to Zagreb from Mali Losinj. However the ferry ride is cheaper and spacious, and you can always move around or go to the bar for a croissant and (bad) coffee.

There are quite a few buses going to Zagreb, and we chose a bus departing at 7pm so that we could have enough time to visit Rijeka. 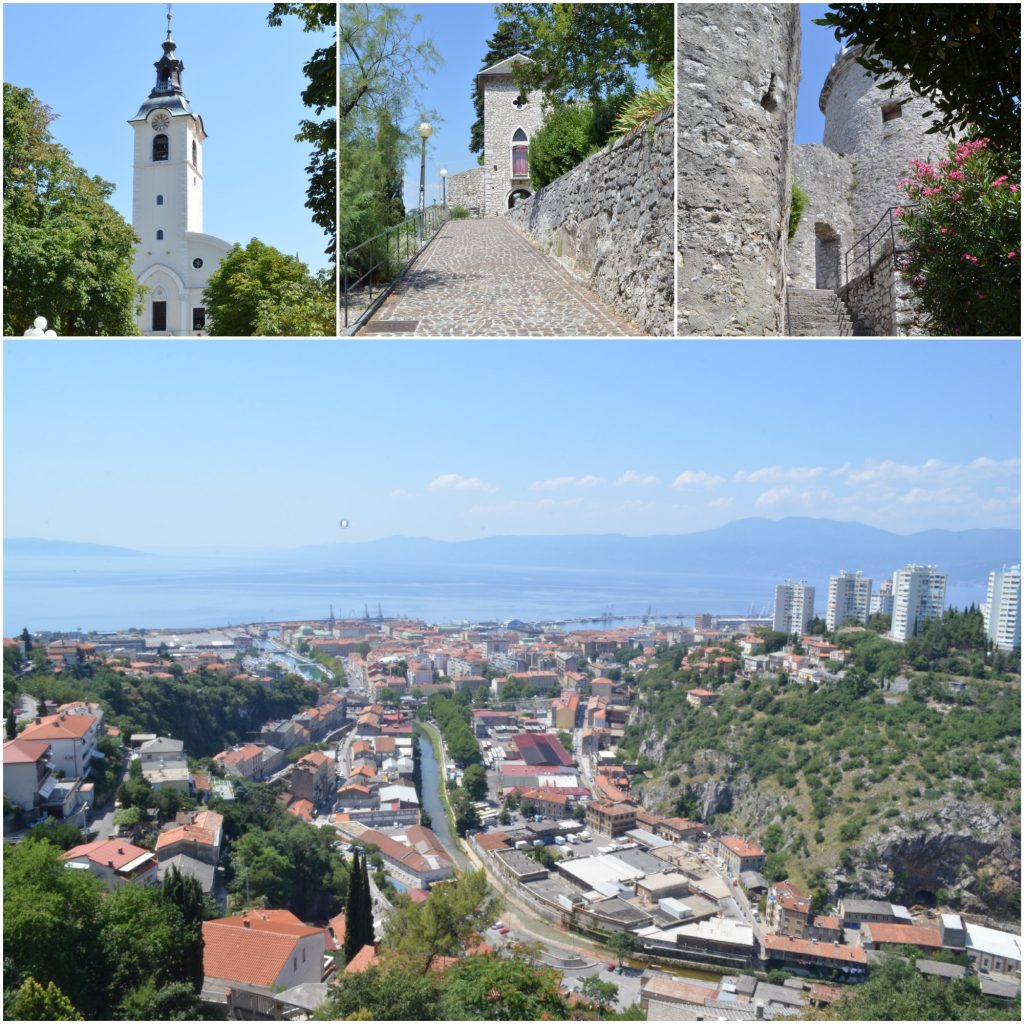 The Rijeka city is very different from the other Croatian cities. The city itself has more Habsburg style due to the historical reason. As an important port of Croatia, the city is huge, busy and less like a tourist city. Unfortunately there are not many attractions in the city, one of the main ones is the Trsat castle on the hill. From the station it took another 10min walk to the foot of the hill ( to hike to the castle). There are around 500 steps travelling up to the castle, which is quite a heavy exercise to run out the calorie of the breakfast. It’s suggested to unload the luggage or big cases, otherwise the summer heat and the endless steps will drag you down.
After arriving at the ferry port, we took a short walk to the bus station and deposited the luggage for 15 HRK. The bus tickets for Autotrans can be purchased online, however if you do that – you can not change it at the counter. Since there are quite a few buses going from Rijeka, it is a handy option just to buy it at the counter before your departure. The bus operated by Autotrans, from Rijeka to Zagreb is really cool. It has socket for each side of seats, and free wifi as well, which definitely saved our trip. 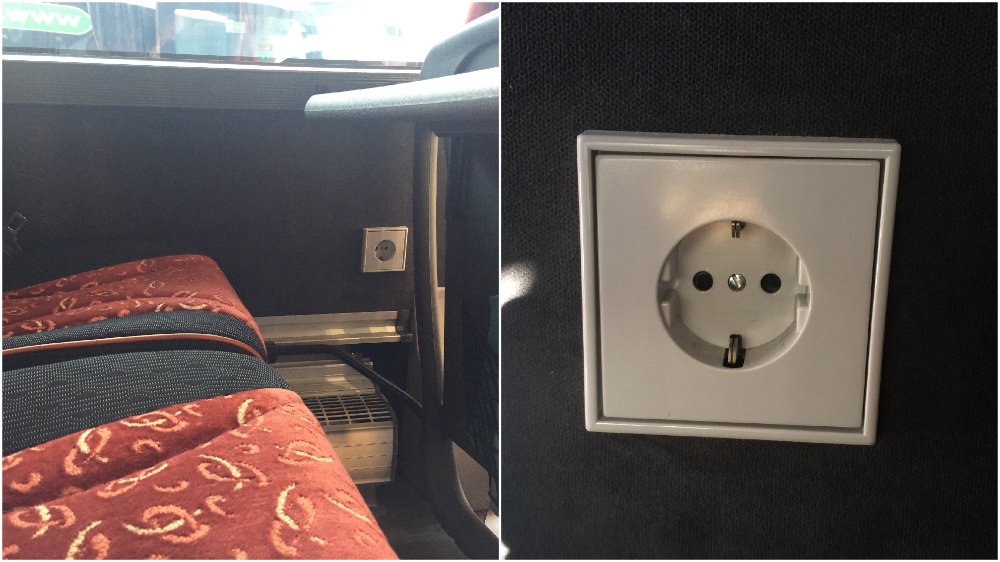 The bus operated by Autotrans, from Rijeka to Zagreb is really cool. It has socket for each side of seats, and free wifi as well, which definitely saved our trip.

We have visited the open market where fresh fruits, vegetables, flowers eggs cheese and many other produce can be found. The Dolac market is on of the iconic spots in Zagreb worth visiting. We got a pack of Blackberries and one wild blueberries, only for 25 HRK. Fresh and delicious!

Today we went to visit friends nearby Zagreb, and got the chance to experience the Croatian train system. 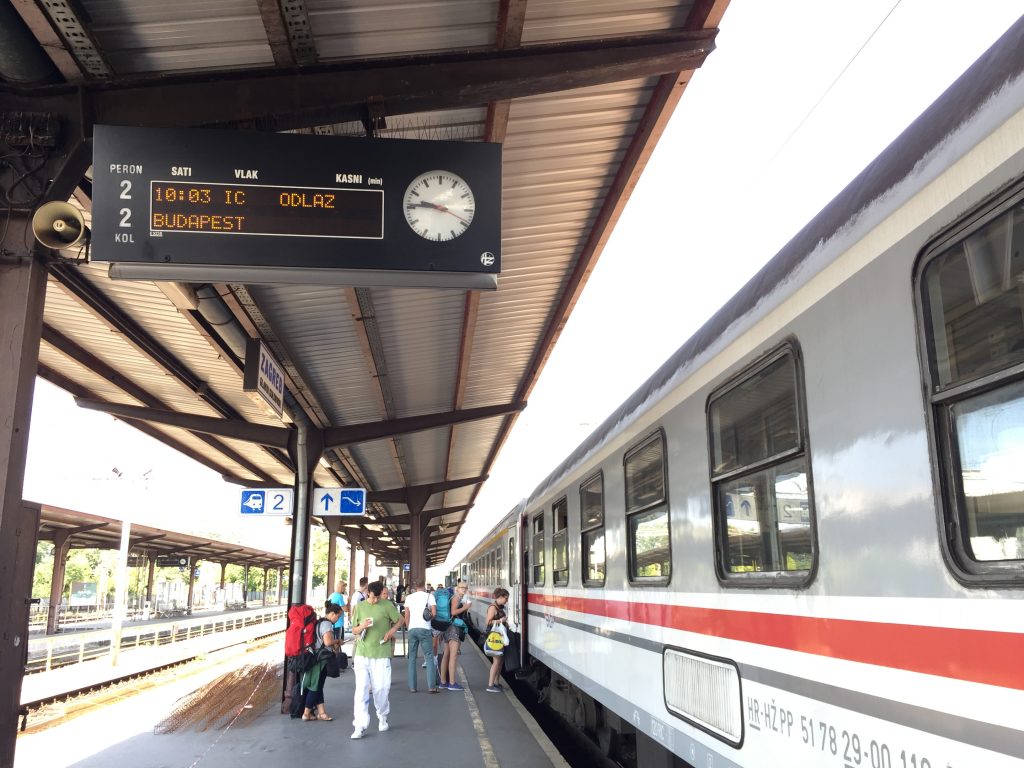 This train travels from Budapest to Rijeka, passing by Zagreb.

The train travels from Rijeka to Budapest, passing by Zagreb. On the same route runs different types of trains. The Croatian train operated by Hrvatske Željeznice and Hungarian trains, operated by MÁV – Magyar Állami Vasùt. The tickets are sold at the counters at each train stop. The train system is not the most convenient transportation method, you may find local people always complain about the delay and low speed of the train. Not like the High speed train system in China, here the train runs only 110 kmh. But the bigger turn off is the unpredictable maintenance and the following delay of the train makes it really a pain to take the train. So if you can find a bus/ferry going to the destination, put those transportation on your priority list.
We were actually very lucky today because the train went very smoothly, though the train going from Zagreb stopped the air cold in half way, and the arrival was delayed for 10min, but it was still durable. It’s noticeable that there are sockets in the train, which makes it very convenient if you are eager to charge your dead phone.
After the visit we went back to Zagreb and had dinner with friends at Pod Zidom bistro. It is a fairly new restaurant with monthly changing menu. The service was quick and efficient, the prices are fair compared to the location of the restaurant (one street from the main square).
We have ordered one starter – fried zucchini flower filled with cream cheese and salad which  was very delicious. For our main dish we ordered a risotto with fruits of the sea and beef cheeks with traditional homemade gnocchi. The beef was tender and well seasoned, the risotto was fresh and served with a sprinkle of bacon on top, shrimp and a piece of fried fish. It is an excellent choice for a fine dinner. 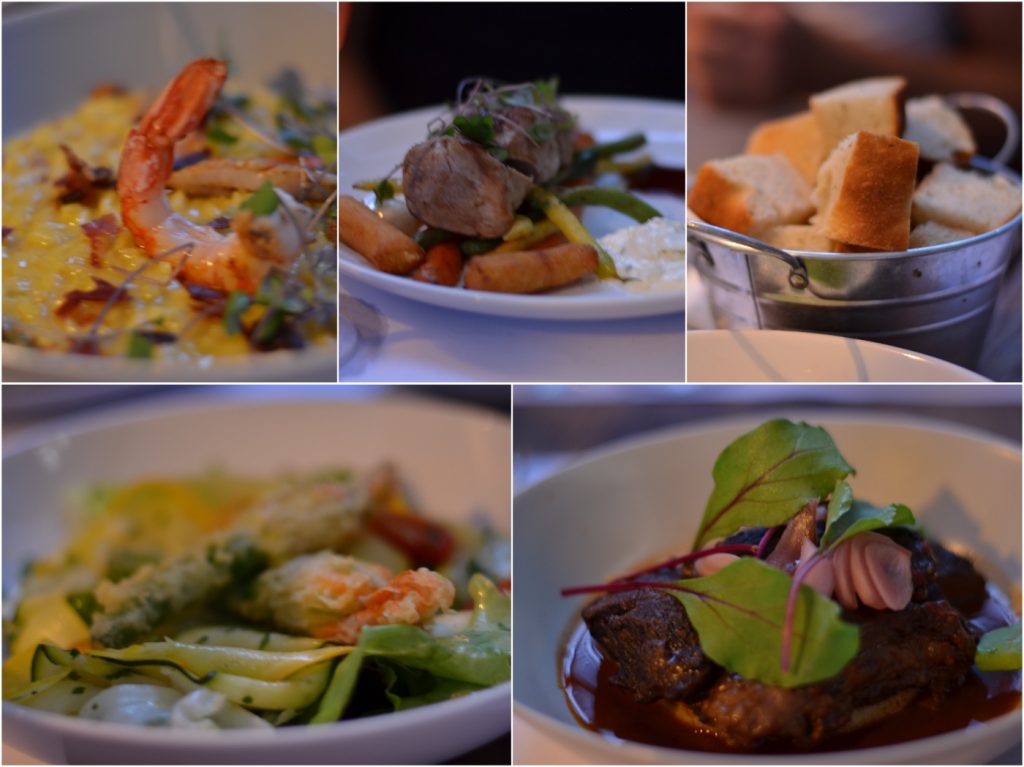 After dinner we visited a local hotspot for drinks – Swanky Monkey Hostel. The hostel’s garden is converted to an open bar where lots of young local residents as well as tourists come to have a drink and enjoy a convenient conversation.
The location of the Hostel is very central, and it is in walking distance to the main square.
The service is ok, however they did not have a lot of drinks from the menu card. 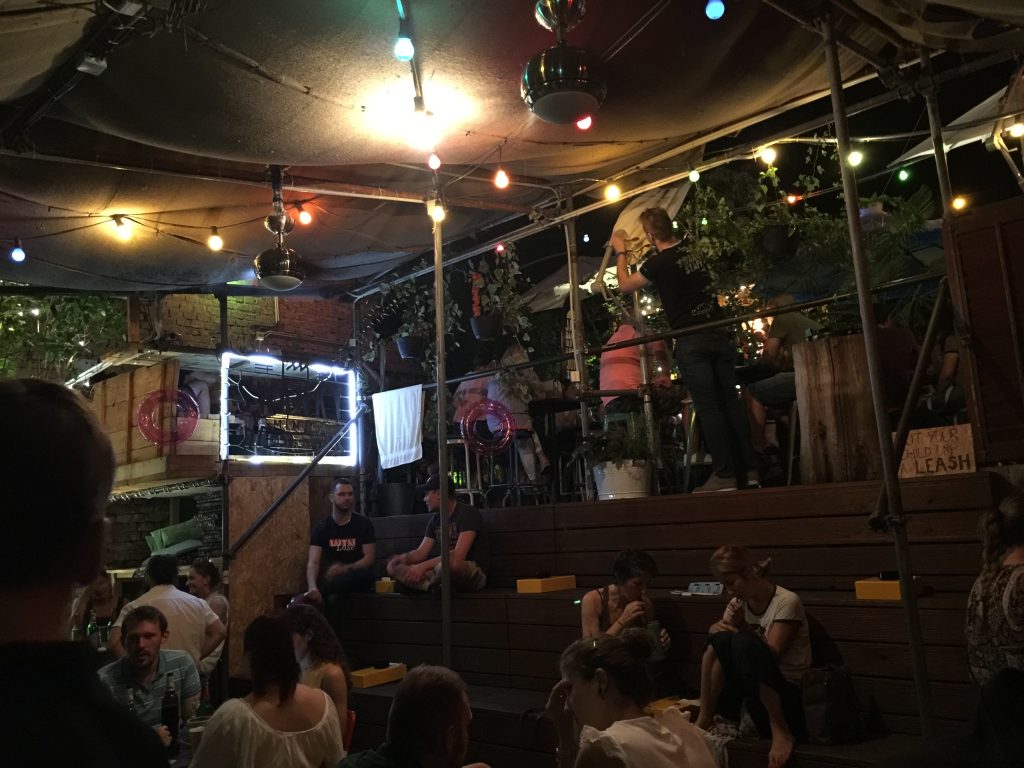 The Hostel’s garden is converted to an open bar.

It’s easy to take a bus from the central bus station going to the airport. Taxi is also reasonable price here, an alternative way is to take an Uber car. The Uber service we called arrived in 3 min and took only around half an hour to arrive at the airport, the fee was fixed at 90 HRK. Apparently a Uber is a more convenient choice if there are more travellers. If you travel alone, taking the shuttle bus from the Central Bus station (Autobusni Kolodvor) is a more affordable option as it costs only 30 HRK.
(Hi Uber marketing team, please contact me to pay me for the promotion, thanks) 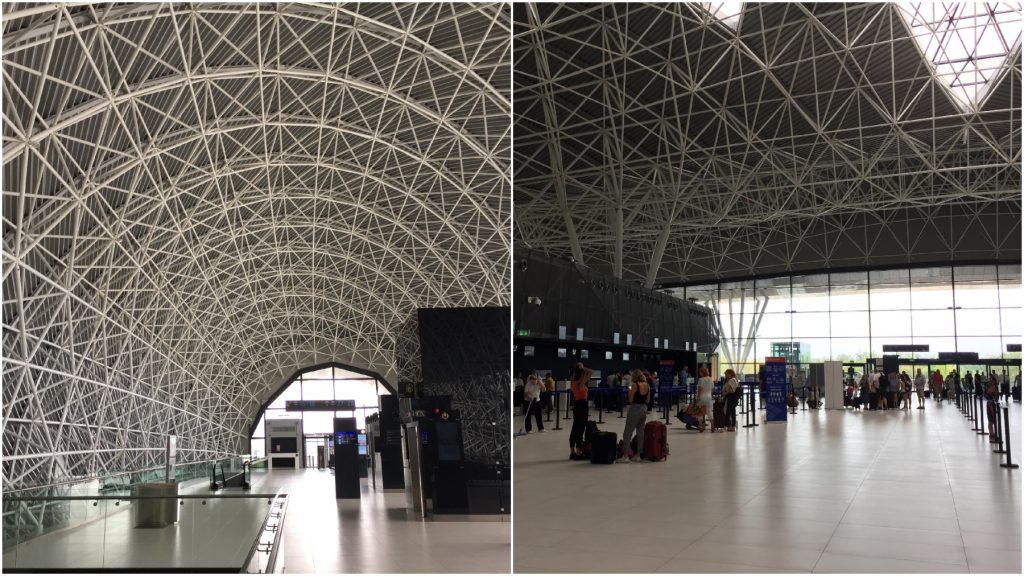 Check-in on the Austrian Airline is not a pleasant experience. We always got some problems checking in, most likely due to that they cannot read my visa information. Alternatively we chose to check in through Lufthansa website, which surprisingly worked with the same information. This sounds weird because they actually belong to the same company but only Lufthansa website works.

What’s more? When transferring in Vienna airport, after passing the passport control, you need to do the security check again, though you are still in the airport.
The airport looks quite busy, though there are only one main eating/shopping area, you may find small bars at several gates, which is actually very convenient for passengers.

The choices for food is not much, and most of them are not cheap. The Jamie’s is a quite good choice. The pizza, lasagna and fish all cost around 6 euros per potion, which is already quite acceptable price here.The pizza is good with sausages, lasagna is also not bad. 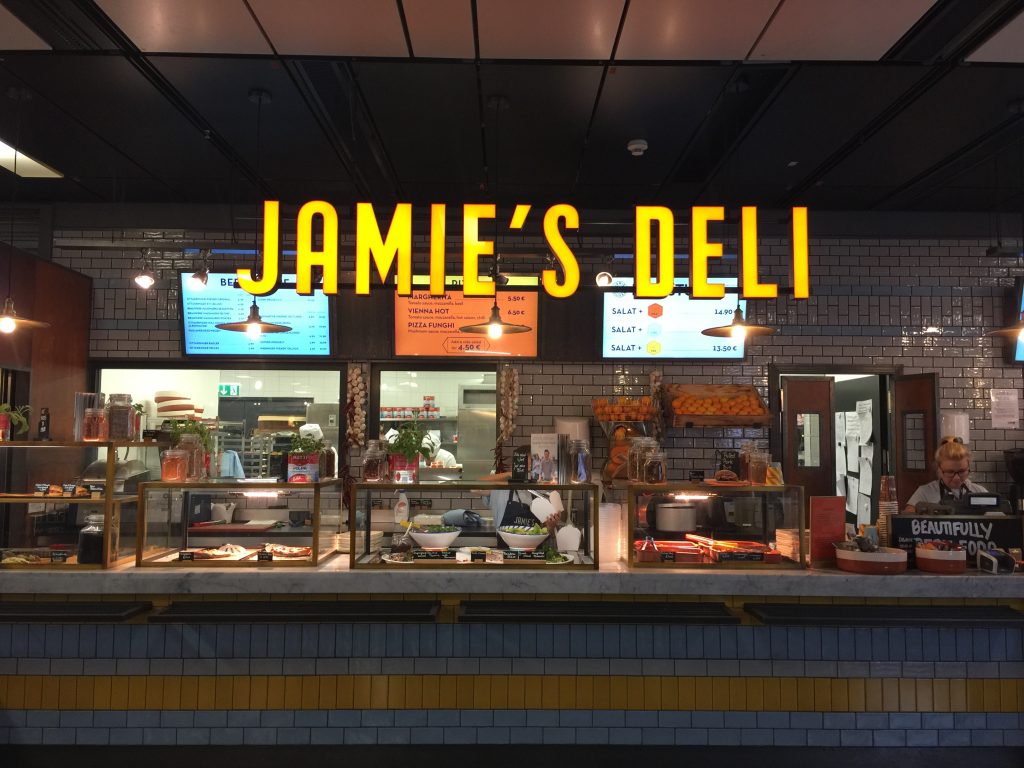 Then it comes to the end of the trip. It was a pleasant trip again. Croatia has never turned me down thanks to its fantastic beach and scenery beauty. Hope to see you again. 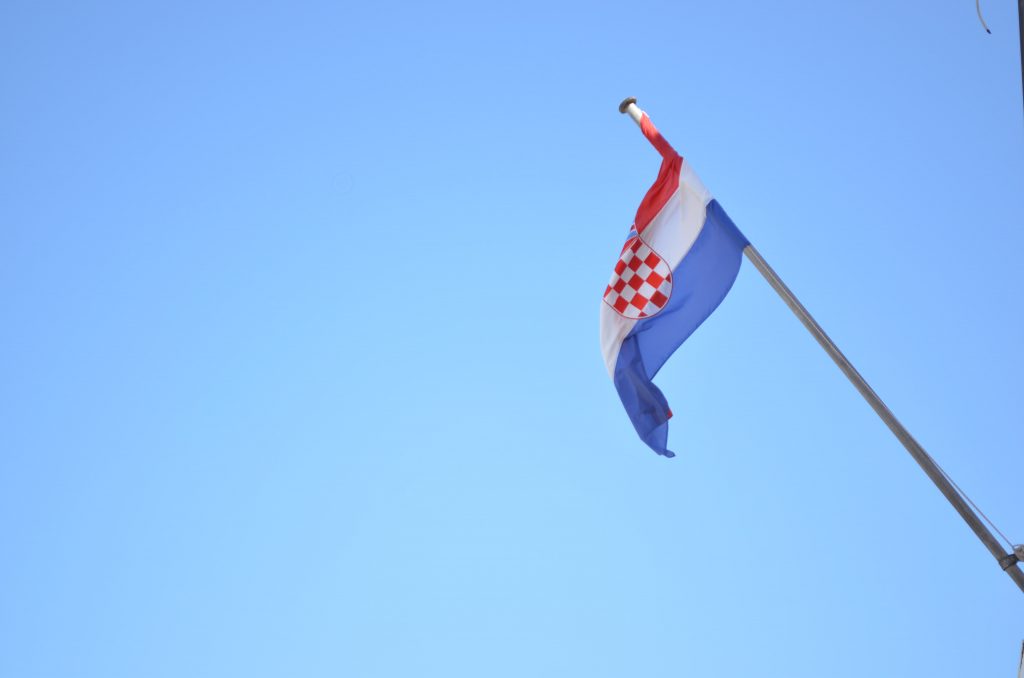 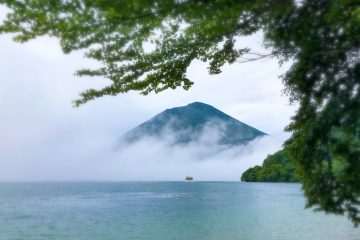 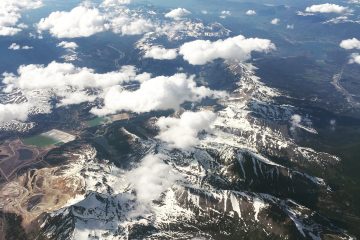 Survival Tips For Travelling In China

Please don’t get me wrong when I call them survival tips, China is definitely one of the safest countries to visit. Despite the huge population, the crime rate is very low. Even for girls, you Read more…